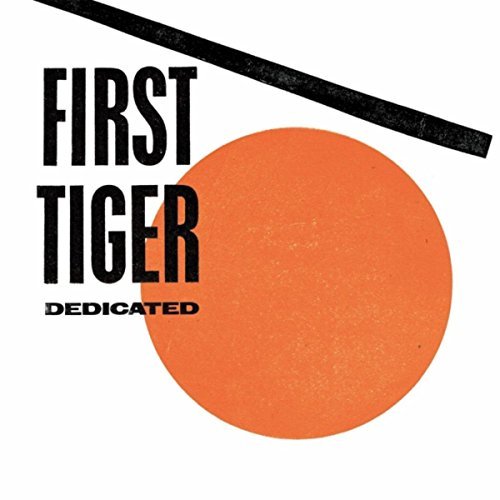 First Tiger’s debut album, Dedicated, was released in the autumn of 2016. It’s as original a collection of songs as you will hear in any year. You are never really too sure where the band are taking you at times as they continually defy expectations throughout the course of the album. It really is hard to pin down one over-riding influence at work here as they have produced a melting pot of the familiar to serve up something that is quite unique.

The band themselves cite, among others, Fats Waller, Prince, Jacques Brel and rather wonderfully gonzo chef Anthony Bourdain as influences. The spirit of Brel is certainly present here, most noticeably on standout track, For Pete’s Sake. The lyrics throughout the ten tracks are a constant delight as various dramas unfold, always clever, sometimes acidic and often laugh out loud funny.

With a total running time of just over thirty minutes it’s pleasing to find just so much packed in here. Thankfully the temptation to overcook things has been avoided and the tracks flow along with a lightness of touch that should keep the listener hooked from beginning to end.

On the title track, Dedicated, the singer tells us that ‘’nothing will have any meaning if everything’s a fad.” First Tiger certainly aren’t following any discernible trend here, choosing a path that isn’t just fresh and interesting but is also damn good fun to follow them down. On this showing they deserve a lot more of us making the journey with them.