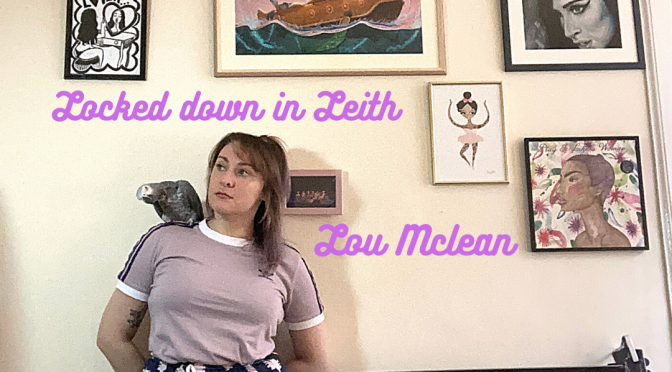 Due to be released on the 8th of March, Locked Down in Leith is the new five track EP from Edinburgh singer-songwriter Lou McLean.  A record of her own experience of lockdown, it is sure to  resonate with all those dealing with the loss of so many of life’s certainties whilst yearning for a return to normality.

Opening song Goodbye sums up the feelings of helplessness and vulnerability so many of us have felt as the events of the past year unfolded before us. Lou McLean’s clever lyrics ensure that this is no mere gloom- fest though.  You can only smile as she asks, ‘Can I turn this crisis in to a banging song?’ (The answer, by the way,  is an emphatic yes.)

Adventures in Vulnerability contains one of the most heartbreakingly honest opening verses you are likely to hear this year or any other year. In just a few short lines the long-term damage caused by a past traumatic event is laid bare. The sparse arrangement and Lou Mclean’s tender vocals capture the  raw emotion of the lyrics perfectly.

The World is on Fire provides a wonderfully wistful few minutes as the singer contemplates past relationships with others and herself. It’s a lovely wee reminder of the importance of dealing with the self-doubt that hits us all occasionally.

Let’s Dance flows from the speakers like a soothing balm. Lou McLean’s vocals make for a comfortingly warm listen here. The wit in her lyrics is never too far from the surface of this one either.

What we all want from this lock down is a happy ending and that is exactly what Lou Mclean gives us with the final track , Glam Bam. Those carefree days in a new relationship when ‘the rules don’t apply when it feels right’ are relayed perfectly. It is an uplifting note to end on.

Locked Down in Leith sees Lou Mclean build on the firm foundations of her 2017 collection, Good Morning Easter Road.   This feels like a real step forward.  Let’s hope that there is a full album to come in the not too distant future.

Locked Down in Leith is available to pre-buy HERE

Buy Locked Down in Leith  at loumcleanmusic.bandcamp.com 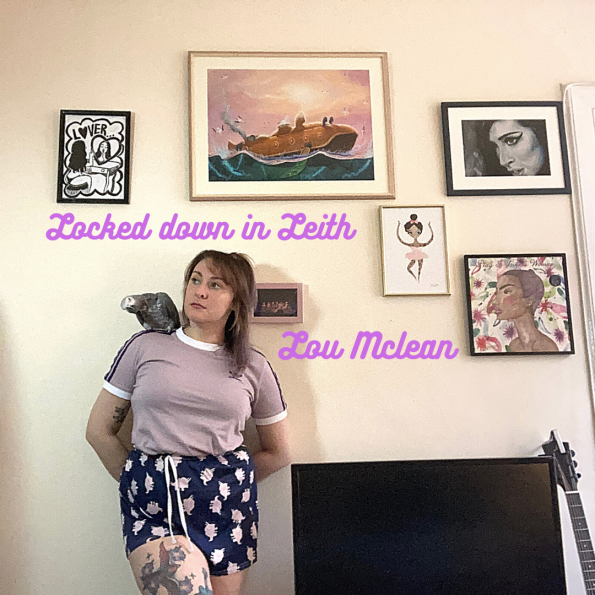