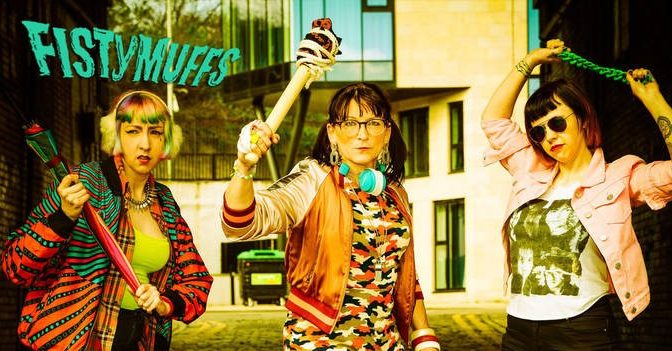 About Time, the 2018 debut EP from Fistymuffs, was so full of energy it practically vibrated. It’s good to find that during the intervening period none of that initial fire has dimmed.

We Fight contains another  four fine songs from the band.  Whilst still providing some of the rawest post punk moments you will hear, there is more subtlety at work here  with songs heading off in directions you don’t quite expect.

Opener Hey You! is a straight out Riot Grrl call to arms.  There is no intro, all niceties are dispensed with as the band drag you straight in to their world.  Singer Ashley Stein will have you feeling like you are being dragged into a vortex with her insistent ‘Listen to me’ refrain. It’s more than slightly unsettling and  compulsive listening.

Next up is Gentrification of Leith, a song inspired by the Save Leith Walk campaign, launched after property developers submitted plans to demolish a row of sandstone buildings including the much loved music venue Leith Depot. This may be a protest song but the band don’t resort to mere  preaching here, rather they deliver their message against a pleasingly trippy musical backdrop.

Riots Not Diets puts the diet industry firmly in the band’s sights and they continually hit the target. The constant change of pace is inspired as the track veers from anger to frustration and back with visits to several points in between.

The final track Survivors Write History (there is also a Radio Edit version present) is the most melodic song on the EP and packs the biggest emotional punch. It’s possibly unfair to single out a highlight when each song is so strong but for me, this was it, an absolute triumph.

We Fight showcases a band who hold nothing back. Please check them out on bandcamp where you can buy the EP and some rather wonderful merchandise as well.  And if you are new to the band you should definitely check out previous EP,  About Time.

Fistymuffs are Ashley Stein on Vocals and Bass, Suky Goodfellow on Guitar and Vocals and Nikki Fox on Drums.

You can buy We Fight here.

And check out the latest Fistymuff news on Facebook. 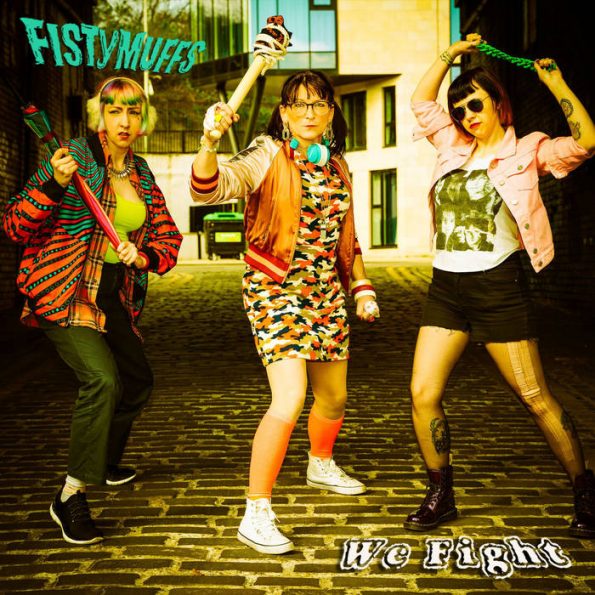