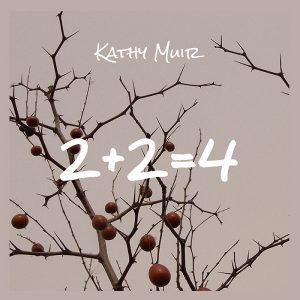 It only takes a brief conversation with Kathy Muir to be struck by the enthusiasm and dedication she brings to the art of song writing. The recent release of her new EP, “2+2=4”, sees  her continue to impress. Her voice, always warm and compelling, has never sounded better as she utilises her own strengths to maximum effect.

Trying to categorise Kathy Muir can prove to be a fruitless exercise. Her mix of Americana, jazz, blues and folk coupled with her thoughtful lyrics suggest an artist that is entirely comfortable with her own singular path. Perhaps that is due in part to the more unusual route she has followed to a recording career. Born and raised in Edinburgh, Kathy Muir had what some might call a ‘proper’ job for a number of years. It would be easy to label her current musical pursuits as a second career but it would be wildly inaccurate for Kathy Muir had been writing songs long before entering a studio proper.

In August 2011 Kathy Muir was enduring one of those long airport waits whilst contemplating a two week business trip to the states. An inspired google search for recording studios in Stamford, Connecticut, threw up three results. The first two failed to pick up her call, the third was answered by Steve Hansen at Hi-Top productions. It was the start of what has proved to be a fruitful collaboration.

Until 2012 Muir had not really performed live. Initially she performed at open mic gigs in Connecticut with a three song set. Now she is a regular on the local circuit with a much longer repertoire. I asked her why, with so many songs tucked away, she hadn’t felt compelled to sing them in public before. “It honestly never really occurred to me because I was just happy to write. Creating a song is still more enjoyable than the performance of it.” Muir now takes a pragmatic approach to live performance. “I try to get a good balance between recording and performing so I space out my gigs. I like to get a real-time reaction from the audience for certain songs, especially the new ones. That’s the real litmus test.”

The new four track EP marks another distinct step forward for the artist. As always the songs are extremely well crafted. Opener ‘The Other Side’ tackles intolerance but for Muir it is hope rather than despair that is the winner. ‘River Running’ is possibly the catchiest track, the chorus proving to be a real ear worm. On ‘Try Coming Round’ optimism and cynicism meet head on in an imagined conversation.

Final track ‘You Never Knew Me’ is one of the more stripped down songs here. Kathy Muir’s warm vocal set against a simply strummed guitar reflects on just how we are seen in this world as individuals. It’s a comforting dream like track, evocative of those early morning reflections we all engage in occasionally.

So far Kathy Muir has played only a handful of gigs in her home country. That should change next year as she explains. “Assuming everything fits in to place I’m hoping to return to Scotland early next year and settle back in Edinburgh. I’m looking forward to getting in to the art and music scene in Edinburgh which I follow avidly from afar.”   It’s  a homecoming to look forward to. 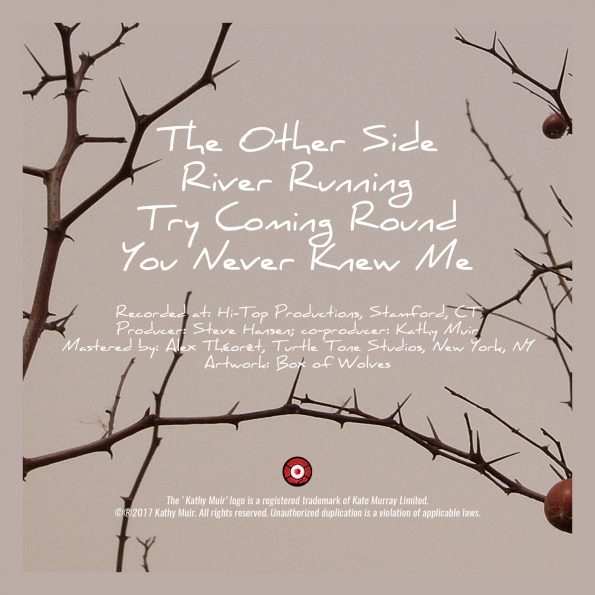 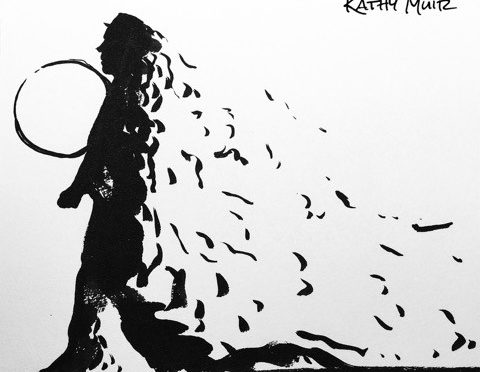 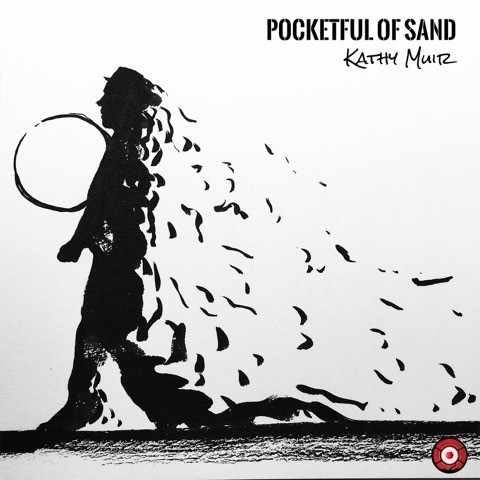 It’s been a busy few weeks for US based singer songwriter Kathy Muir. A couple of weeks ago she was in Scotland making a rare homeland appearance at the Tartan Ribbon Project benefit night in Oxgangs, the area of Edinburgh she spent her childhood in. Now safely back over the pond, today sees the release of her latest song ‘Pocketful of Sand’. Whilst the song is more than strong enough to stand up on its own the accompanying video has been produced as an integral part of the project. It’s an accomplished piece of work , the audio and visual elements blending together seamlessly.

Inspired by a childhood memory ‘Pocketful of Sand’ is a classic case of more is less, the sparse piano backing echoing the evocative images of simpler times conjured up by Muir’s lyrics. There is a real sense of the singer sharing something deeply personal here whilst reminding us how a simple gesture can be amongst our greatest gifts. Muir’s endearing vocal delivery is certainly enhanced by the understated piano work with praise due to Keira Osment for her subtle contribution.

The video itself is the work of South Korean sketch artist Jun (‘Sean’) Sung Hyun. Recruited by Muir via Instagram, where she had been a long-time fan of his work, his powerful time lapse images are totally captivating.  Working from images suggested by Kathy Muir on a Pinterest storyboard it’s a wonderful illustration of what collaboration across continents via social media can achieve. It’s obvious that ‘Pocketful of Sand’ has been a real labour of love for the singer, hopefully it gains the widespread attention it deserves.

You can buy Pocketful of Sand on itunes

Or listen to it on Spotify.

Or buy and listen to it on Soundcloud. 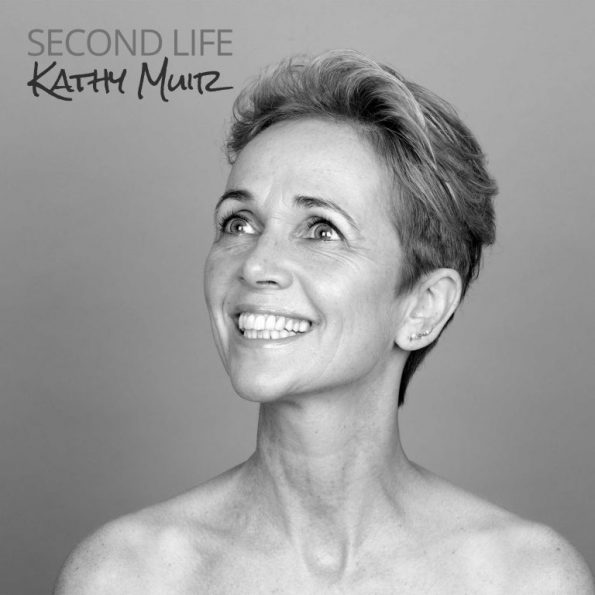