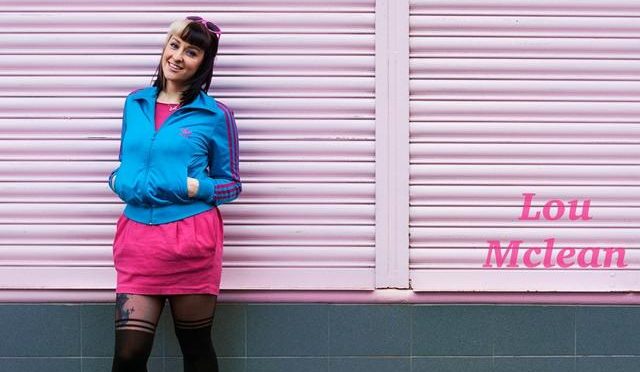 Things kick off with’ Empty Cans.’ Accompanied only by her acoustic guitar it’s a wry commentary on a relationship gone wrong. The narrator won’t be broken though, as the story unfolds a spirited air of defiance replaces failed attempts to soothe the heartache with alcohol. ‘Bedtime Reading’ is a wonderful mix of comedy and shrewd observation. The songs punchline is set up beautifully as the singer shuns ‘piss ups and kissing’ for the joys of literature and cheese toasties.

The mood changes completely on ‘Play Dead’ as a much darker story of an abusive relationship is played out. It makes for uncomfortable listening as self doubt leads to denial.

‘Green Shirt, Blue Eyes’ is a wonderful piece of storytelling. It begins as one of the pacier tracks as the singer acts on her friends advice to head out on the town and get on with life. Things take a magical turn with an encounter in a Leith pub and as we hear the line, ‘then in you rolled, delayed by a last minute goal’ things don’t just slow down, for a split second the action seems to stop. It’s a wonderfully cinematic moment, the scene burned in to the mind like a screenshot. As the song drifts to a dreamy conclusion it should leave even the most cynical heart that little bit warmer.

Final track ‘Poets and Flat Caps’ sees the singer in combative mood and Mclean hits several bullseyes with her acerbic put downs. Impassioned, witty and distinctly uncompromising it would be fair to say that the singer had saved the best for last.

it is always thrilling hearing an artist in the early stages of their musical journey. With ‘Good Morning Easter Road’ Lou Mclean has certainly whetted the appetite for more with more than enough potential shown across these five tracks to suggest a bright future ahead.

The EP is officialy launched at Leith Depot on Thursday 8th June.

Or catch up with all the latest from Lou Mclean on Facebook.