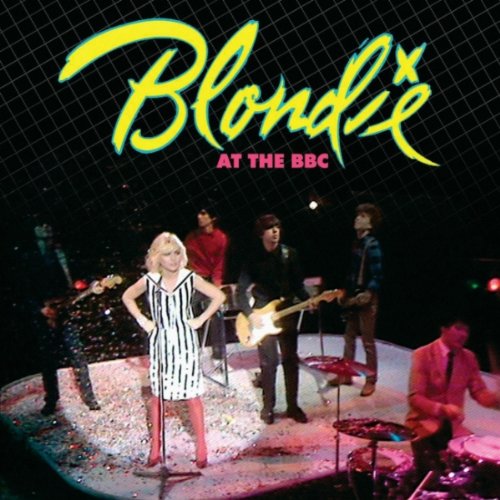 Whilst there have been several fine musical Hogmanay performances at towns and cities throughout Scotland over the years perhaps the most memorable of them all was delivered by a five piece band of mod styled punks from New York.

In 1979 Blondie were at the peak of their popularity. The success of their 1978 breakthrough album, Parallel Lines had set them on course for a period of domination in the singles charts, the band scoring five number ones. Produced by Mike Chapman, Parallel Lines saw the group moving from their rawer new wave roots to deliver a more pop orientated sound. Enter any bar with a juke box during that period and it was inevitable that Debbie Harry’s voice would be featured more than most.

Their 1979 album Eat to the Beat, whilst not spawning as many hit singles, could arguably be described as their finest. Just as the Clash were doing  that year with London Calling, Blondie cast aside any New Wave constraints and tackled several different musical genres. Funk, disco and reggae tracks sat comfortably alongside the more familiar pop punk songs.  Blondie weren’t just at the peak of their popularity,  musically they were at the top of their game.

Nowadays it’s Jools Holland’s annual Hootenanny that is the must watch Hogmanay programme for music lovers. In the seventies The Old Grey Whistle Test provided the musical backdrop to many a music fans New Year gatherings. Marking the end of the seventies and the start of the eighties was going to take something special. Blondie at the Glasgow Apollo  were to prove pretty much perfect.

Looking back from this multi-channel digital age it can be hard to comprehend just how the presence of TV cameras could add so much to the anticipation and sense of occasion surrounding the next nights gig. The UK still only had three TV channels, twenty four hour coverage was rare with broadcasting usually ending shortly after midnight. Even breakfast television was three years away. Live broadcasts of any kind were rare. One straddling the outgoing and incoming decades was a true novelty.

The importance of the Glasgow Apollo in making this gig something special really can’t be over stated. When reminiscing about long gone venues it’s tempting to paint too rosy a picture. The Apollo was a bit rough around the edges. The famously high stage should have acted as a barrier between the fans and the bands that played there and the ‘enthusiastic’ bouncers crowd control ran the risk of putting a dampener on things. Only none of this mattered, there truly was something magical about the place. The atmosphere inside was often intense, particularly if it was a sell out.  As the band prepared to take to the stage the Apollo crowd was even more cranked up than usual. The group opened with Denis, a guaranteed crowd pleaser.  The twenty one songs that followed kept things at full speed throughout the entire evening. Anybody who had watched a gig from the balcony at the Apollo will remember how it felt when the whole structure started bouncing. There were some in the crowd that night who genuinely worried it was actually going to come crashing down. Live television coverage began eight songs in with Dreaming and ended with a bagpipe enhanced Sunday Girl. A further two songs, also  broadcast on Radio One, completed the set.

Speaking about the gig in 2011 Debbie Harry recalled that every song that night was met with the same enthusiastic response from the Glasgow crowd. It really can’t be claimed that one gig is greater than any other,  we can all have several ‘best ever’ gigs depending on our mood.  However as memories of New Years Eve past go,  1979 at the Apollo is still worth raising a glass to.

Blondie at the BBC, released in 2010, contains the entire concert on CD and the  portion that was televised on DVD.